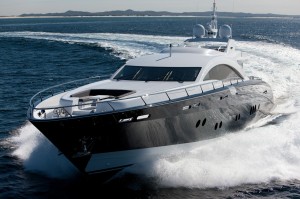 One of the most sought after boats for New Years cruises is Ghost II.  For those with the budget Ghost II represents the best of the best when it comes to a new years cruise on Sydney Harbour.  At 120 feet she is a monster of a boat  and is one of the most modern and luxurious charter boats available anywhere in Australia but especially for New Years Cruises in Sydney.

Last year Ghost II was $60,000 for a private New Years Cruiseand there were a line of people willing to pay to jump on board at that price to watch the biggest new years eve party in the world unfold from a luxury super yacht.

Any Boathas already taken plenty of enquiries for a new years cruise on Ghost II this year, and there are some clients ready to book.  With the recent sale of the boat however the new owners are deciding whether to rent the boat out for a new years cruise or use it themselves.  I think if it were my new toy I would want to use it myself and if the owners do use Ghost II privately there will be a lot of disappointed party goers. 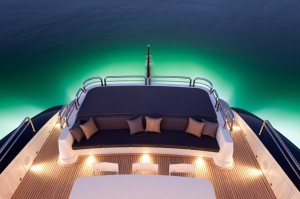 Ghost II is a 120 food Warren Sports Yacht that is only a few years old.  The previous owners were very selective about which harbour cruises they accepted so the boat is always in pristine condition.  The design of the boat makes it’s size quite deceiving.  In photos it looks like a large boat but it is not until you are standing next to it that you realise quite how big it is.  Such a huge boat makes new years cruises the envy of everyone that could not be on board.

Ghost II is the perfect boat for New Years Cruises with the huge fore deck able to accommodate the entire group to watch the fireworks with 360 degree uninterrupted views of the harbour.  The rear cockpit is also massive so if the wind causes Ghost II to swing the opposite direction while at anchor on your new years cruise there is plenty of space for watching the fireworks from the back.  Basically you can enjoy every minute of your new years cruise from anywhere on the boat. 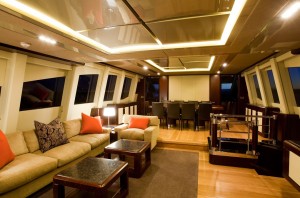 For those that want to relax in a bit of extra comfort during your new years cruise instead of being out under that stars watching all the other new years cruises go by, there is an amazing saloon inside.  It is often referred to as being nicer than a 5 star hotel so it is not uncommon to see guests spending their new years cruise on the couch enjoying amazing food and drinks whilst mingling with friends and forgetting that the outside world even exists.

As you would expect on a boat like Ghost II the food and beverages supplied for new years cruises is second to none.  A new years cruise menu is custom designed and usually consists of both a buffet and canapés including a huge selection of the freshest seafood. 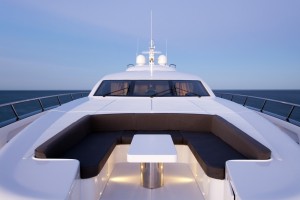